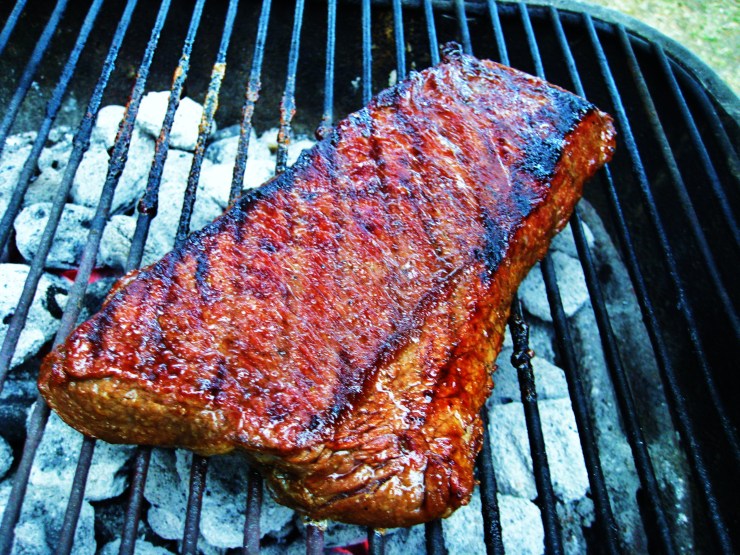 The weather has been so warm here in New England that I could almost be fooled into thinking it was summer. Around here, March would normally be considered “mud season.”

Mud season is late winter or early spring when the snow melts. The ground is still mostly frozen so snow melt can not be absorbed and it leaves dirt roads and driveways a muddy mess.

This year however, instead of mud and ice, I am treated to sunshine and an early insect season.  Along with most of the country we have been experiencing record high temperatures. Our temperatures have been something like 30 degrees warmer than normal.

I am fighting the urge to throw veggie seeds down everywhere because I am sure there will be at least one more snow, but it sure as heck isn’t going to stop me from busting out the grill.  Typically our grill is stored in the shed for almost half the year because, well, there is snow for almost that long.  And really, who wants to stand in the snow and grill out at a balmy 32 degrees F.

In order to kick off grill season properly, we are having steak and grilled sweet potatoes. The key player here is my all-time favorite steak marinade Garlic Orange Soy Marinade.

This is my version of an old family recipe.  My father, the grill master, and his family all make some version of this marinade and pair it with either flank steak or London broil.  The orange helps to tenderize the meat and the brown sugar creates a magnificent crust.  Rounding out the flavors and adding depth are ginger, soy, and cumin.  If you are an herbivore, then try this on portobella mushrooms and sliced eggplant.

Ideally, London broil is marinated overnight and massaged often. If you are in a pinch, the time can be cut down to just a few hours. Remember that flank steak and London broil need to be sliced on an angle to keep the meat nice and tender.

Combine all ingredients in a large Ziploc bag and squish together. Add meat (or shrooms) to the bag. Gently squish some more ensuring that the marinade has thoroughly coated the meat.  Store Ziploc bag seam side up in a container stashed in the fridge overnight.

Prepare to cook the meat by getting you grill screaming hot.  Bring the meat out of the fridge 10 minutes before grilling.  Remove the steak from the marinade and shake off any excess liquid.  I recommend cooking to medium rare but please use your own discretion.

It is very important that your fire is hot enough and the meat sizzles when it hits the grill. If not, the crust will not form and you will miss out on my favorite part!

Be like me and eat it all chopped on a salad or be like Tall Dark and Handsome and eat it on a plate and ‘forget’ the veggies.